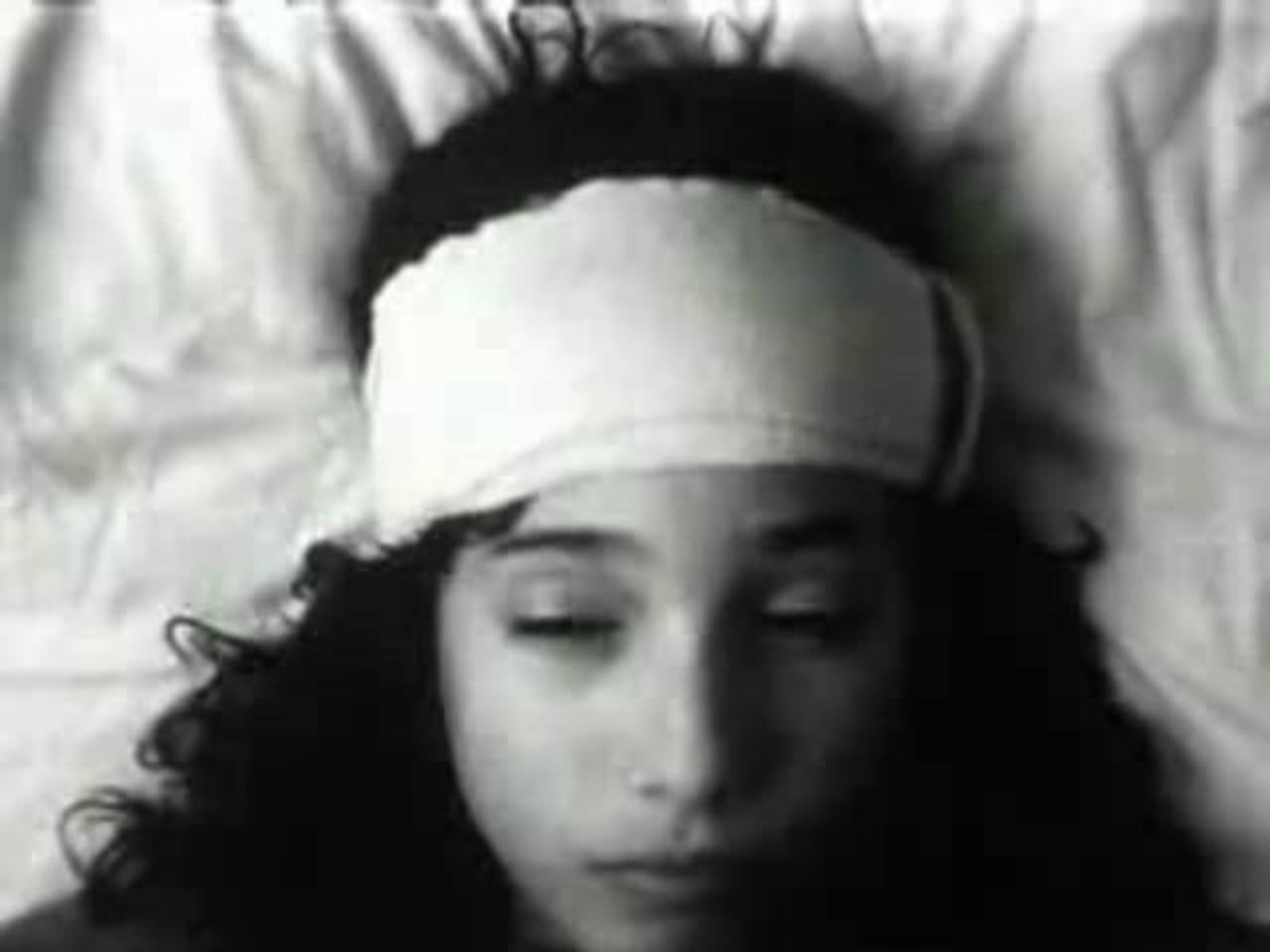 Bedhead is a 1991 short family-comedy-fantasy film directed and co-written by Robert Rodriguez. Made while he was a student at the University of Texas at Austin, Rodriguez shot the film with his brothers and sisters as actors and with his family and friends as crew. It was entered into several competitive film festivals, where it won cash prizes that Rodriguez then used to help produce his first feature film, El Mariachi.

Rebecca, a young girl, is always picked on by her older brother, David, who “has the worst case of bedhead you’ve ever seen”.

David is a generally unruly sort. At breakfast, he eats a cockroach and makes a big mess with his cereal. After breakfast, Rebecca goes to play with one of her dolls and discovers it has been defaced by David.

Enraged, she attacks David, but then falls and hits her head. When she comes to, she discovers that she has telekinetic powers. At first she thinks of how her newfound powers could benefit humankind (including making herself the first Mexican-American female president of the United States). But she first decides that she will take revenge on her brother and tame his bedhead.

Overwhelmed by her powers, but still unable to smooth David’s unruly hair, she drags the boy behind her bicycle, and in the process hits her head again. She wakes up in a hospital and decides that she will never abuse her powers again, but as far as David knows, she will continue to be a threat.

Bedhead was a student film project by Rodriguez while he was at the University of Texas at Austin. He served as director, cameraman and editor, and co-wrote the story with his brother, David, and a friend, Bryant Delafosse. Rodriguez also created an animated title sequence.

His brothers and sisters starred in the film, with younger sister Rebecca and brother David as the lead actors. Youngest sister Maricarmen Rodriguez portrayed Rebecca’s fashion-obsessed little sister, “Fashion Monster”, while Elizabeth Rodriguez played a nurse in the hospital.

Family and friends served as crew, with co-writer Delafosse and David Rodriguez credited as dolly grip, the camera dolly in the case of this film being a wheelchair.

The film was shot on black and white 16 mm film. It was then transferred to 3/4″ videotape. Because he did not have the equipment to shoot sync sound the only dialogue is the voice-over narration, because it does not have to be synched to anyone’s lip movements.

The short film was entered into several film festivals, where it won cash prizes in competitions. Rodriguez then used that money to partially fund El Mariachi.

Bedhead has been included as a bonus feature on both the VHS tape, DVD and the Blu-ray disc releases of El Mariachi as well as the entire Mexico Trilogy (including Desperado and Once Upon a Time in Mexico), and has therefore attracted a wider audience than most short films usually receive.

You can watch the movie on www.youtube.com/RobertRodriguezHD our Youtube channel.