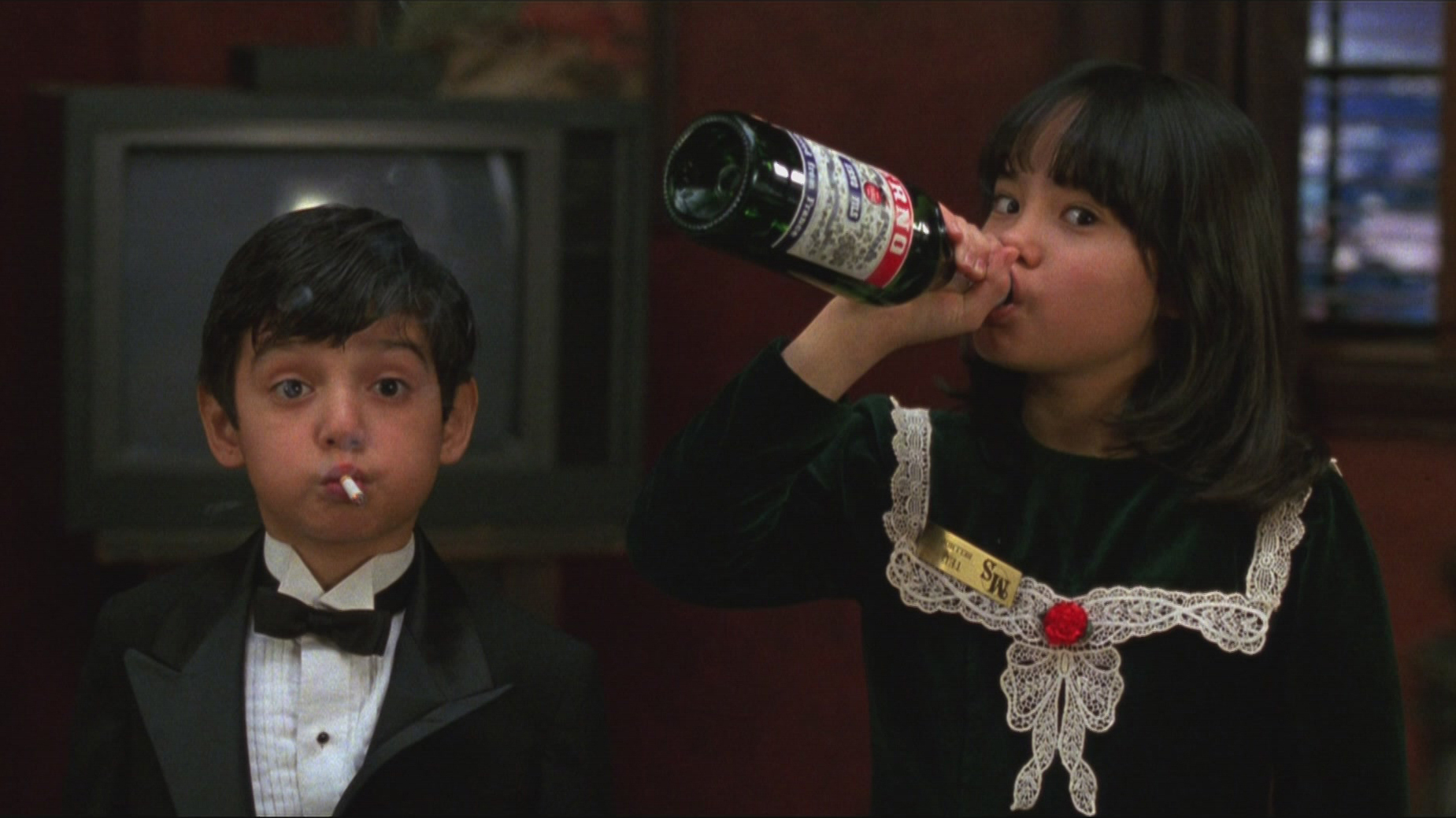 Four Rooms is an anthology film directed by Allison Anders, Alexandre Rockwell, Robert Rodriguez and Quentin Tarantino. It takes place on new year’s eve at a hotel, following the adventures of Ted the Bellhop (Tim Roth) as he is challenged balancing the needs and quirks of the various guests in four distinct rooms, each directed by one of the aforementioned filmmakers. Robert Rodriguez’ part of Four Rooms is called The Misbehavers.

The Misbehavers is not only the origin of the idea for Spy Kids (children who’s parents are spies), it’s also full of great trivia. The dancer on the TV is Salma Hayek. The episode tells about the two parents leaving the son and daughter alone in their hotel room to watch television. They are to behave and go to bed while their parents are out. Instead, they watch television, drink champagne, smoke, find a dead hooker under the bed and light the room on fire.