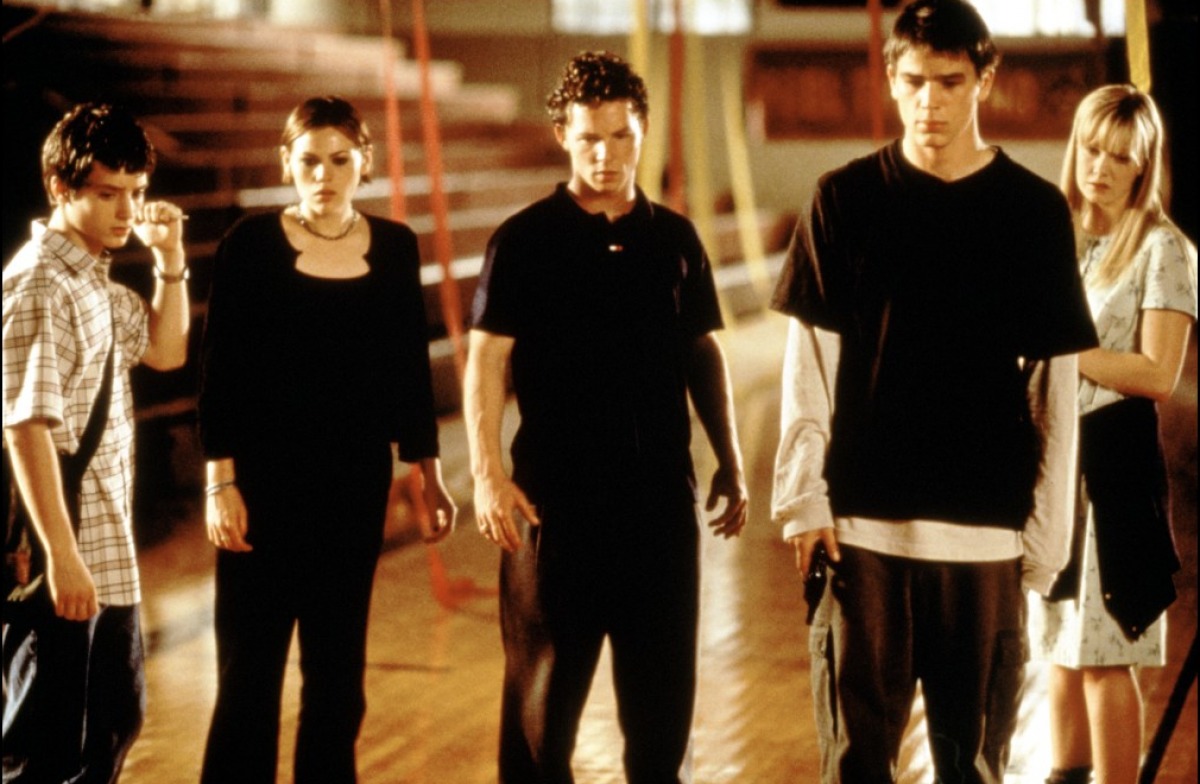 The Faculty is a 1998 science fiction horror. Robert Rodriguez and screenwriter Kevin Williamson teamed up for a high-school alien-horror film that they described as ‘The Breakfast Club’ meets ‘Invasion of the Body Snatchers’. Synopsis: The story take place in a decayed school called “Herrington High”. The school faculty members (Robert Patrick, Bebe Neuwirth, Salma Hayek, and Jon Stewart) are infested with rapidly reproducing space worms that take over their minds and bodies. As mind-controlling parasites rapidly begin spreading from the faculty to the students’ bodies, it’s ultimately to the few that are left – an unlikely colllection of loners, leaders, nerds and jocks – to save the world from alien domination.

The film takes place in fictional Herrington, Ohio. However the film was shot interely in the State of Texas (Austin, Dallas and Lockhart).

Although the American and European versions of this film didn’t get the making-of featurette and  bonus features like the “10 Minute Film School”, surprisingly the Brazilian edition came with interviews with Robert Rodriguez and the main actors. Watch here this hard to find video taken from the it:

Here is a Playlist with all the videos:

Soundtrack: Released on December 8, 1998 by Columbia Records / Sony Picture Music. The score is composed by Marco Beltrami, who had previously scored the teen-slasher-horror film, ‘Scream‘, as well as ‘Mimic‘. Both Beltrami’s score and songs by various artists used in the film were released as albums. Here is the track listing for the Soundtrack: Watch here the 1998 commercial for Tommy Hilfiger jeans and “The Faculty”. The commercial features many of the young cast members of the movie, including Elijah Wood, Josh Hartnett and Usher. The 30 second spot aired in 1998 during an episode of South Park.

The Faculty was released 18 years ago (Bloody Disgusting) Robert Rodriguez and Jon Stewart on the set of The Faculty (1998). Robert Rodriguez at the “Berlin Film Festival” for the 1999 premiere of ‘The Faculty’. Robert Rodriguez and Elijah Wood on the set of “The Faculty”, 1998.