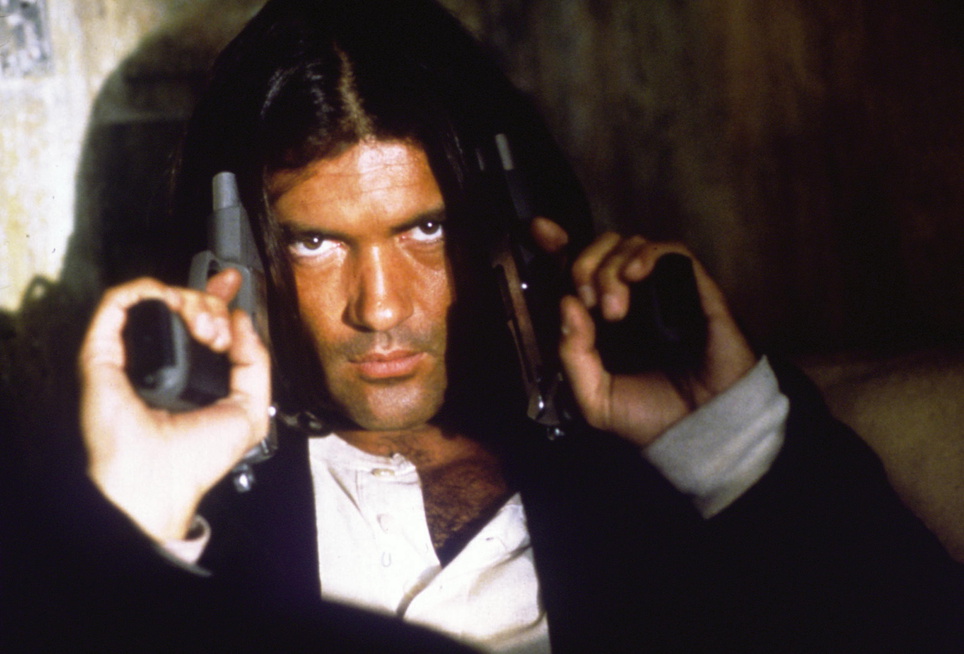 Desperado kicks off in spectacular fashion, with Steve Buscemi regaling barman Cheech Marin and his pals with the story of a near-mythic gunman, “the biggest Mexican I have ever seen”. His tall tale is intercut with footage of El Mariachi (now played by Antonio Banderas) wiping out a bar-full of real lowlifes. “I think he’s headed this way,” Buscemi adds helpfully.

Desperado was Robert Rodriguez’ first big budget production that he shot for Sony Pictures after the success of El Mariachi. It is both a remake and a sequel – or neither. A reimagining of the film in some way. There is a memorable cameo in there by Quentin Tarantino as the infamous “Pick-up guy”.

News: a BluRay is coming soon from Arrow Video