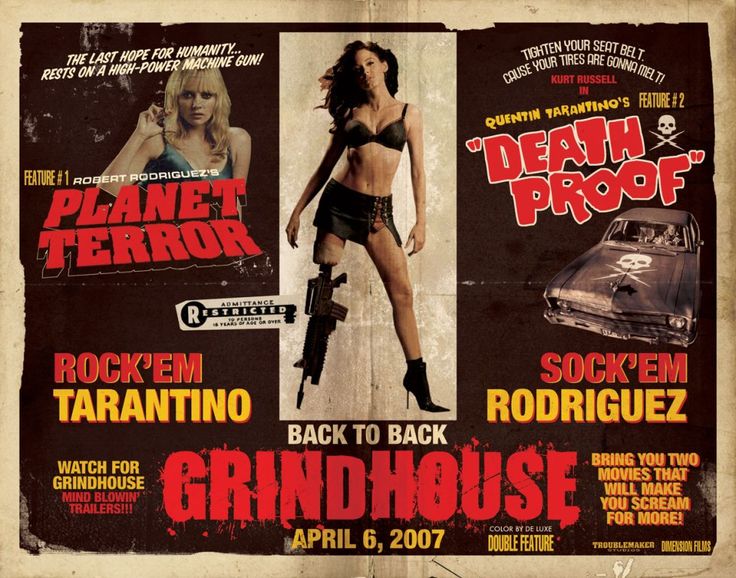 Grindhouse is a 2007 double-feature release directed by Robert Rodriguez and Quentin Tarantino. The release consists of two shorter versions of the films Planet Terror and Death Proof, along with fake product advertisements and movie trailers directed by friends, including Eli Roth (Thanksgiving), Rob Zombie (Werewolf Women of the SS) and Edgar Wright (Don’t). Robert Rodriguez’ fake trailer for Machete has since been turned into a movie franchise of the same name.