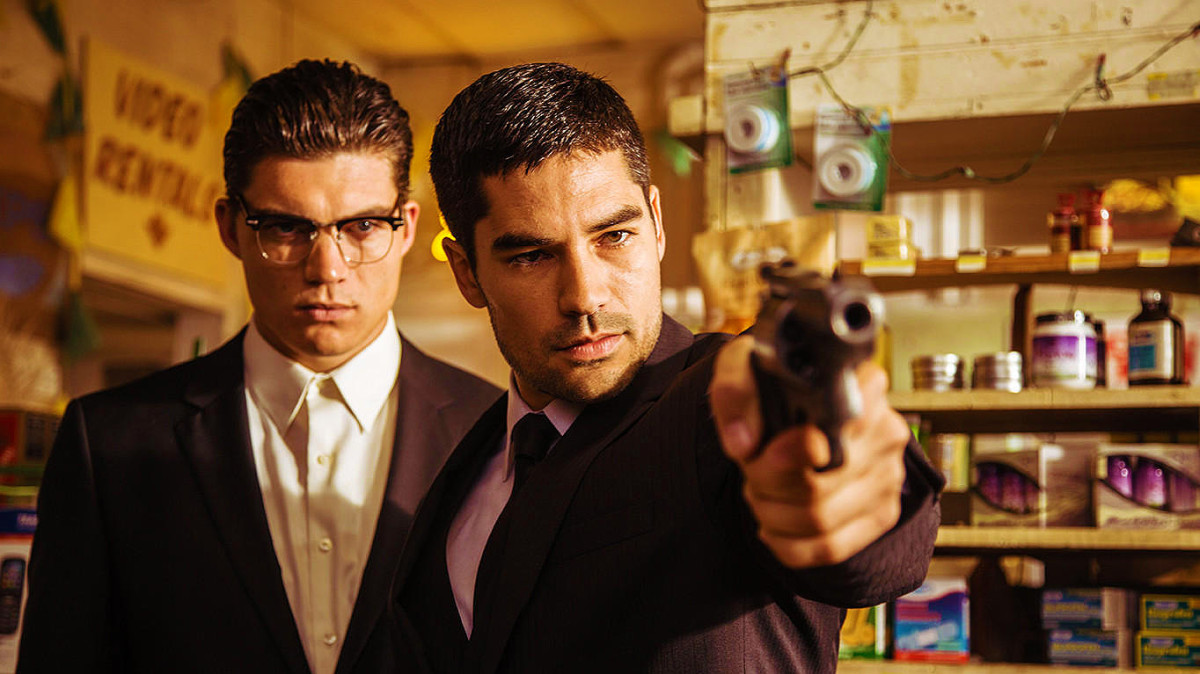 On Wednesday the 12th of March 2014, Robert Rodriguez‘ new found “tv” station EL REY NETWORK started its first originally produced series, From Dusk Till Dawn. An off shoot from the original movies, it is surely a very interesting production that many fans around the world are awaiting eagerly. Since this is the world of entertainment, and the world of entertainment is ruled by the ways of the old days, watching FDTD TV series isn’t exactly very easy, even though it comes from a very tech savvy entrepreneur director and we live in an era where selling stuff online around the world isn’t exactly witchcraft… well… for the entertainment industry it is.

If you recall, Quentin Tarantino and Robert Rodriguez rocked the indie movie world with their 1996 gangsters-meet-vampires From Dusk Till Dawn, which has a large cult following and already spawned two direct-to-video sequels/prequels and a computer game (for those that remember).

The El Rey Network has partnered with a number of US-based Cable and Satellite companies. On their website, you can enter your Zip code and get a listing of where it is available how.

If you’re in the US, it will be on video on demand (VOD) with a delay of 24h on the following US-outlets (let’s not get into how ridiculous and fucked up it is to limit digital things to physical territories, it’s like it’s 1648 or something): Amazon.com instant video, iTunes, Blackberry, XBox live, Sony Playstation, Vudu, Google Play, Cinemanow and Target Ticket.

Outside the US: Miramax and Netflix are releasing the show in Canada, the Netherlands, Ireland, Scandinavia and the UK starting March 12, a week later Latin America (I am guessing in the countries there that have Netflix, which is not all of them).

Unless your current TV subscriptions allow you to watch it as outlined above, you’re out of luck on the TV front, that includes the rest of the world, where it is not simultaneously on regular television. Also, if you’re not in one of the other countries listed above, you’re out of luck, as Netflix is available only in a tiny handful of countries. They are set to expand to a few other countries, like Germany and France, at some point but who knows when – and who knows what the holdup is. From a technical standpoint they just need to not block users from these countries.

So why again is the industry constantly bitching about online piracy? When will they understand that if you don’t sell it to people, it’s your own damn fault? As for Robert, we admire his entrepreneurial spirit. He is a tech-savvy filmmaker who understands how to blend different media and really get things forward, be it digital filmmaking or distribution. With El Rey however, he is kind of doing the old school industry thing: a TV channel, country-based distribution rights, exclusive deals, etc…

UPDATES: Please comment if you have sources that can prompt corrections to the article. I would love to update it with information about more countries and VOD channel.